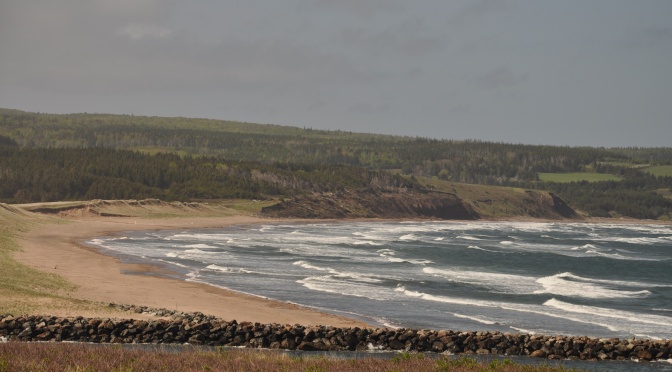 My fishing adventure on the East Coast

Fishing week number 4 started off cold but with lots of lobsters hitting the wash board. After a bit of a wild Saturday night which took most of Sunday to recover I was feeling a bit under the weather even on Monday morning, nevertheless after a few hours it was back to normal on deck. Wednesday was blowing hard and the skipper decided against going out, a day off mid week was a welcome treat. Thursday was yet another day off as the Captain’s wife had gone into labour with their 6th child. A baby Boy was born to the Rankin Family On Thursday June 5th 2015. Congratulations guy’s.

On Friday it was back to work, our traps had now been sitting for a few day’s and the lobsters were many. An exhausting 13hour day which I did not mind as I had just had a couple days off and Sunday was fast approaching my scheduled day off every week.

Friday around mid day I had seen my first sign of marine life other than the lobster and a few random fish coming up in the traps from time to time. As I was hard at work banding a tonne of lobsters that had filled my sorting table The captain and I heard a splashing off the stern of the boat, so I looked up and only feet away from the boat was a enormous whale, I stopped what I was doing to go have a look. This whale was longer than the boat and as I looked over the side of the boat all I saw was an eye attached to the massive mammal looking back at me, It did not seemed bothered by us at all and slowly moved on and passed us directly underneath the boat. I did not have a chance to get a shot of the whale this time but hopefully there are a few more chances before the end of the season as this is one of the marine animals I was hoping to get a chance to see.  Seeing this kind of marine life is what makes doing this job all worthwhile. I felt quickly humbled by the giant of the sea as I realized that I was in his/hers home and if it did not want us there I was sure it would not have had a problem removing us but as it was the Whale had left us alone to do our job and we continued on our daily duties. After Fridays long day Saturday came fast, rainy and wet really a miserable kind of day, however once we started it seemed to fly by and were were in by 4:30pm, exhausted but ready to start my “weekend” or day off lol. Week 5 was complete. A bit more than half way through the season now, 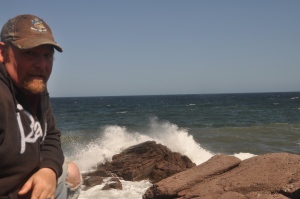