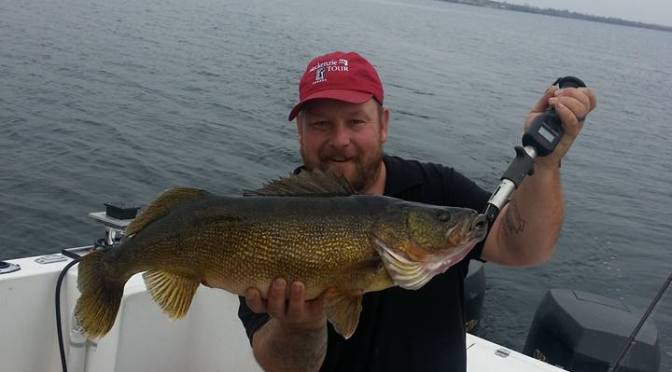 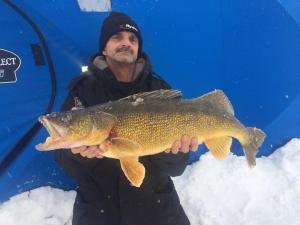 Just a recap on one of my greatest fishing years to date.
I started the year with some of my greatest ice fishing years I ever had with over 23 Walleye’s over 10lbs iced
Then in April I headed out to the east coast on a 3 month commercial fishing adventure that I have been waiting more that a decade to try, The Lobster season on a commercial fishing vessel. all while I documented the entire trip on my blog.

(follow the link at www.fishingquinte.com. ) if you wish to read about it.

The most incredible lobster we landed was a rare blue lobster. The cool part about it other than it was blue of course, was it’s size, all the other blue lobster I had seen from other Lobster fisherman’s Phones ect. had been much smaller. Also in my captains 25+ years on the water he had only ever seen 1 before and apparently wasnt even close in size. we released it so it would have a chance to reproduce and fisherman may get a chance to see more in the future. 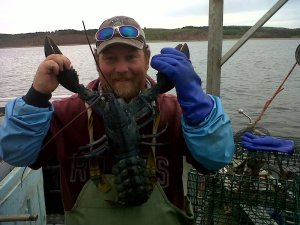 During that trip I had added 3 more species to my ever growing resume of fish species targeted. I was able to land a stripe Bass, and a flounder on a rod and reel combo, and Snow crab on another commercial fishing day out in the roughest waters I think I believe I have ever fished in. 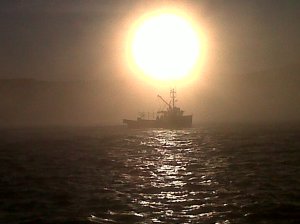 Then Once I made it home in July I worked on getting my new fishing vessel ready for the fall Walleye season, although rushed a bit to get it all together, I managed to get the boat in the water just in time to take a couple professional Golfers that were on tour for the Mackenzie PGA tournament out for a short 2 hour tour around the bottom of Hay Bay while it was filmed for TSN. a very cool project for me. (copy and paste the following to see the video)
https://www.youtube.com/watch?v=yfPVLHFXYMg

Also this year I was able to obtain 3 sponsors which have helped me grow my business over the year through social media. Monster Stalker, Fish Bum Outfitters, and Seafour Lures, all companies I love and am proud to represent.

Then of course  the fall season hit, October started off a bit slow for my liking and continued to be slow right to the end of November and into December but nevertheless I persevered and pushed through and ended my season on December 7th with a great group of high school  kids and an interesting and informative tour at the Glenore Ministry Of Natural Resources fisheries center. 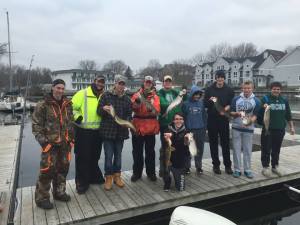 My efforts for the season have paid off BIG, with many people calling to book in charters, for next year, and ending my 3rd successful full year as a Charter Captain on The Bay Of Quinte.

I’d Like to thank all of my customers this season, friends, my colegues on and off the water, my wife Rachel, Ed MacKenzie, Scott Walcott, Yvan Roseau, Joe Picstock, Dave Paro, CareFree Pickerel Park, Richard Dunlop, Capt Jody & all my fishing buddies in Mabou Harbor   and of course my Sponsors that have helped make this dream job a reality for me and have helped with another very successful season. and I hope to see you all again in 2016. 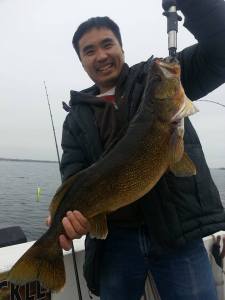 If you are thinking of coming for the 2016 ice fishing or regular walleye or salmon seasons, then now would be a good time to put in your requests. These seasons can fill up quickly.

tight lines and see everyone in 2016